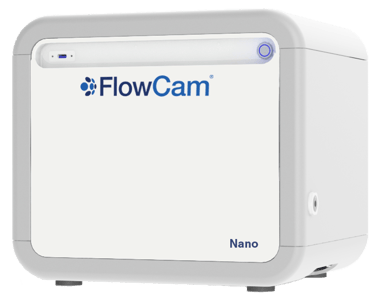 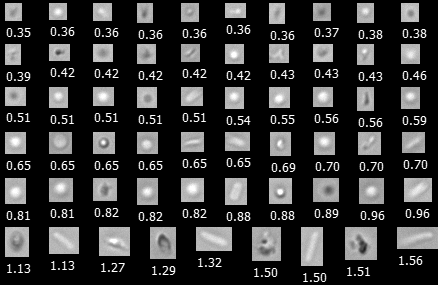 Flow imaging microscopy (FIM) instruments such as FlowCam Nano consist of a light microscopy apparatus (a stroboscopic LED light source, an objective lens, and a high-speed camera) with a sample flow cell placed in the optics path between the light source and objective lens. During analysis, a sample is introduced via a syringe pump, and images of particles that pass through the optics are automatically captured and recorded. The resulting microscopic images can then be analyzed to determine the sizes, concentration, morphology, and types of particles in the sample. 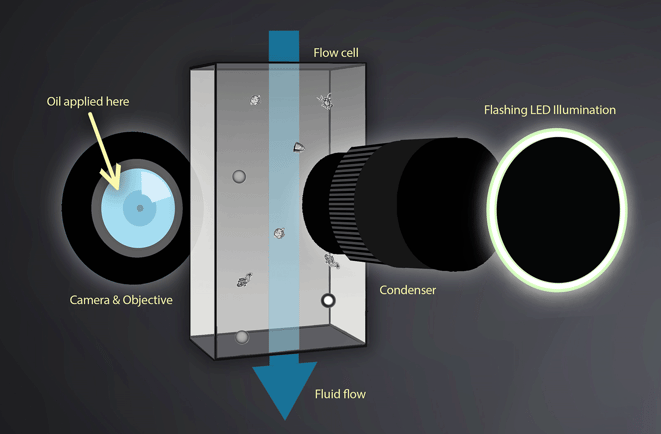 FlowCam Nano improves the resolution of standard flow imaging microscopy by using a high-magnification (40X) objective lens and adding a thin layer of immersion oil to reduce the numerical aperture between the flow cell, objective, and condenser. The patented FlowCam Nano technology results in a larger magnification of particles near and below the size limit of traditional FIM instruments, extending the size range and imaging capabilities to detect submicron and small subvisible particles.

Use FlowCam Nano for

FlowCam 8000
Size, concentration, and morphology by Flow Imaging Microscopy
from 2 µm to 1 mm 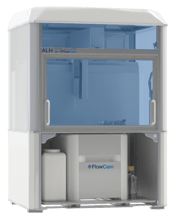 ALH for FlowCam
for automated analysis of
up to 384 samples

Particle Analysis
How it works